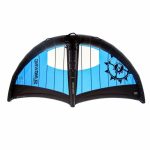 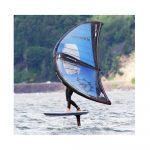 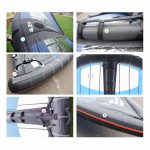 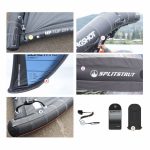 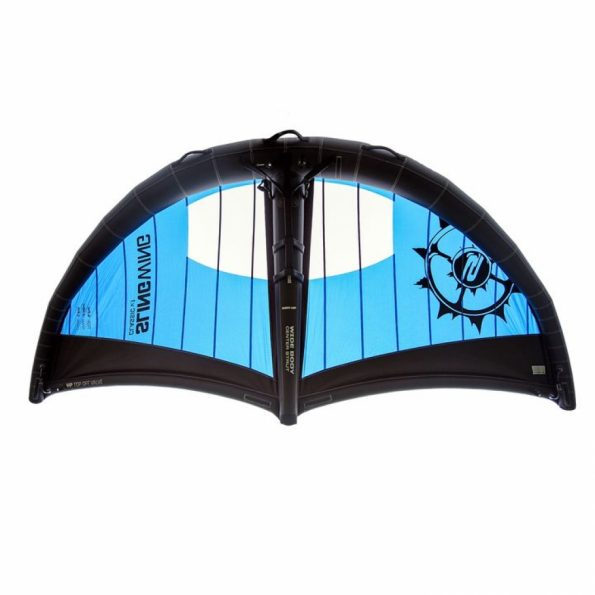 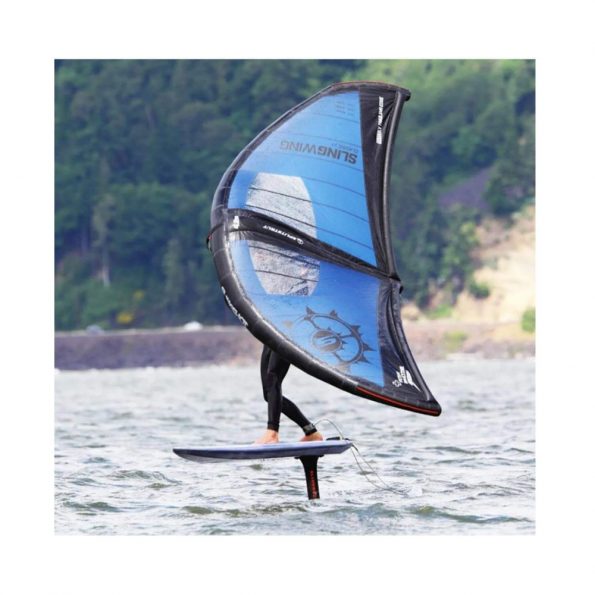 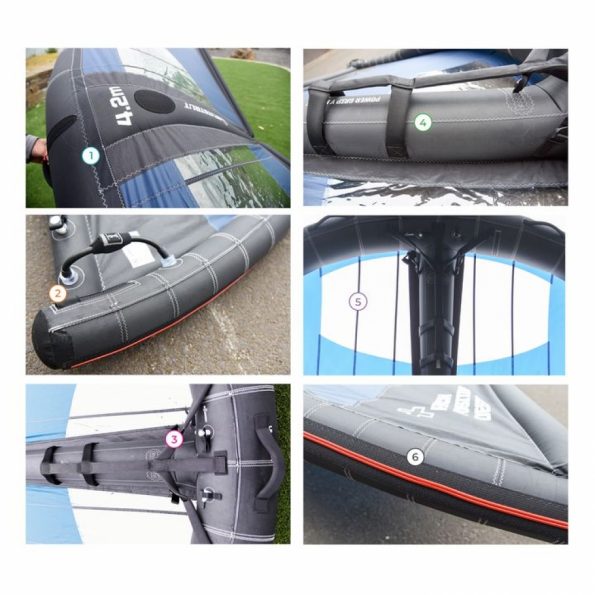 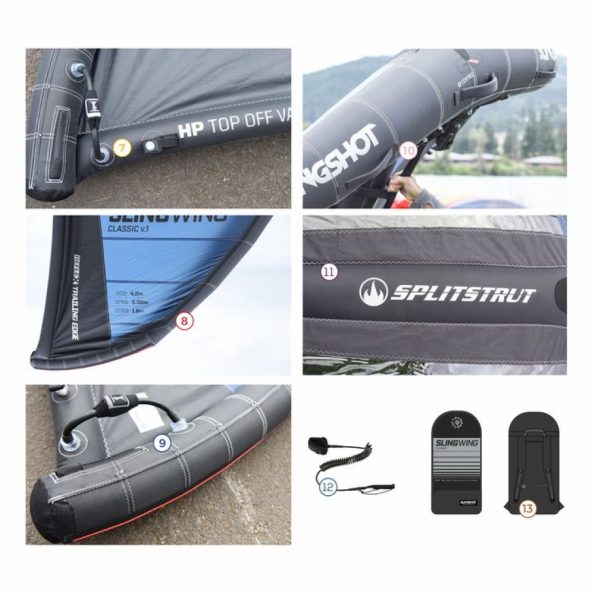 The SlingWing Classic V1 is part windsurfing, part kiteboarding and part flying, each broken down to their most basic form. When you combine it with a foil, you get an entirely new sport that simplifies the experience and gear you need to fly across the water powered by the wind. If you’re new to windsports, the SlingWing is easier, safer and more user-friendly than any of its predecessors, and if you’re an experienced wind junkie, it’s a fun and simplistic style of riding you’ll enjoy instantly. For additional instructions, see the SlingWing Quick Start Guide.
Package Includes:
SlingWing, Backpack, Safety leash, Bladder Patch Kit, Free sign-up at www.foil-academy.com

MORE ABOUT THE SLINGWING V1

The SlingWing is a light weight inflatable wing that has a rigid frame when pumped up and can be packed in a small bag when deflated. No harness, control bar, lines, mast, boom or battens needed. It’s designed to be used with a foil or paddle board with enough volume for the rider to stand on and can also be used with snow sports or skating.

Who is it for?: One of the greatest things about the SlingWing is how simple and safe it is to use. All you really need are moderate board/foil skills and a basic awareness of the wind. It was designed to be combined with foiling, and since the friction is so low, it takes very little arm strength to use once you’re cruising. It works the same without a foil- on a paddleboard, skis, snowboard or skateboard- but may require more strength to use for extended periods.

WHY YOU’LL LOVE THE SLINGWING

Using the wind to propel you across the water (or land) is an addicting sensation, and the SlingWing is yet another form to get your fix. You need decent board skills, but little to no sailing or kiting experience to get the hang of it right out of the gate. Its unique appeal comes from how simple it is and the freedom you feel using it. Just stand on your board, hold the wing at the proper angle and off you go. To ease power, just sheet out or let go with your back hand and the wing drifts with you like a paper airplane.

We have 20+ years building the most durable gear on the market. The SlingWing is built to the same standards with many of the same innovations we use in our top-of-the-line kites.

The SlingWing’s unique design features an inflatable trailing edge that completes a rigid frame around the entire wing (not just the leading edge like other designs). This makes a big difference in performance, wind and load tolerance and gives it “pitch positive” flight. The frame keeps it from flapping, fluttering and folding in the wind the way less robust designs are prone to.

Multiple grip points in a Y shape along the leading edge and center strut gives you the freedom to position your hands in the ideal position no matter how you maneuver. This unique design also gives you better leverage over the wing to manipulate its angle of attack with greater precision and less strain.

The SlingWing’s center strut is large and in charge, and for good reason. The wide strut profile allows the power grip handles more leverage over the center axis of the wing, which translates to an easier and more efficient control in your hands.

See-through panels along the center strut provide increased visibility when using the wing out front instead of overhead.

An attention to detail that will dramatically increase durability for anyone looking to use the SlingWing as a crossover toy for skating or on the snow. Scuff strips are located on the wingtips where they are vulnerable to damage from dragging on rough surfaces.

For maximum air pressure in the Reflex Trailing Edge.

Segmented leading edge sewn in multiple sections to create the perfect shape and taper while maintaining stiffness throughout the wing.

The Original Single Point Inflation System gets you on and off the water faster.

Grippy grab handles are located strategically on the leading edge to give the rider more options, more range of movement and more leverage over the wing to accommodate different conditions and uses.

Integration of the canopy and center strut for maximum structure and performance.

Better safe than sorry. The SlingWing comes with a wrist leash for safety that attaches to the center of the leading edge. 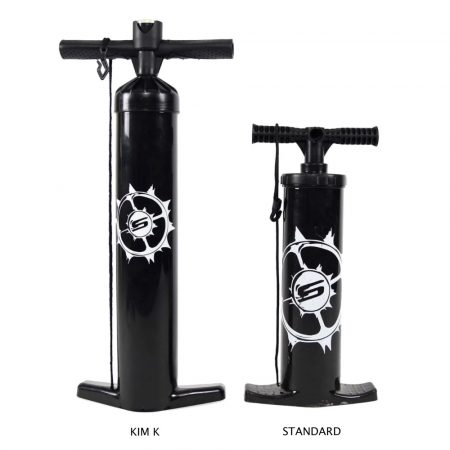 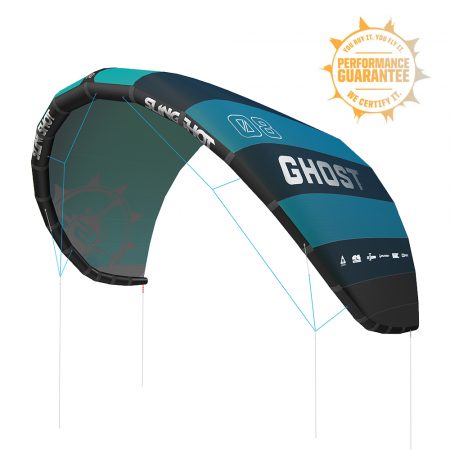 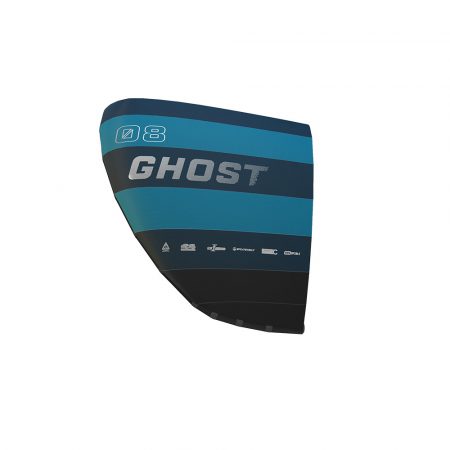 If you are looking for a lightweight ultra-simple kite to take your riding to the next level, the Ghost is your friendly companion. Its Flyweight construction, one strut design, and segmented swept wingtips cover both low-and high-end wind, giving it a niche in the market.
Package Includes:
Ghost V1 Kite, kite patch kit, NEW Kite Backpack, Quick Start Guide. 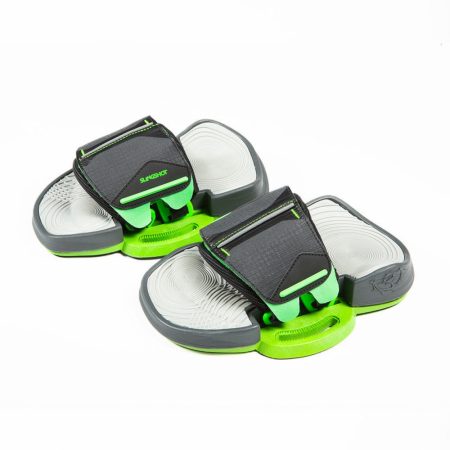 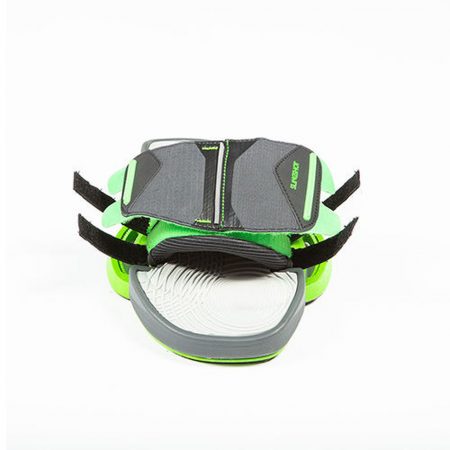 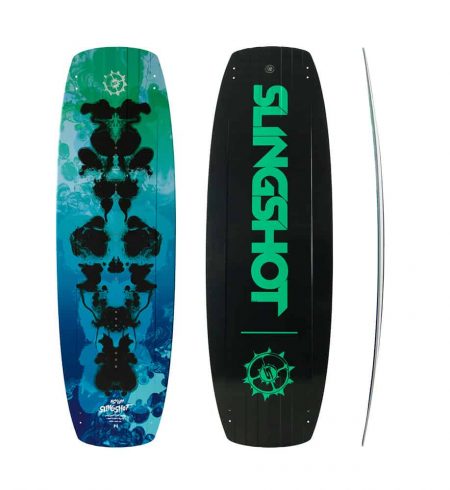 The 2018 Slingshot Asylum is for dedicated freestyle/wakestyle riders who specifically want a high-rocker board designed for massive pop, soft landings and unrivaled flat water performance. The Asylum is built for the rider who knows no limits and wants no limits.
PACKAGE INCLUDES:
ASYLUM BOARD + 4 X 2” ( 5.08 CM ) KITE FINS + GRAB HANDLE 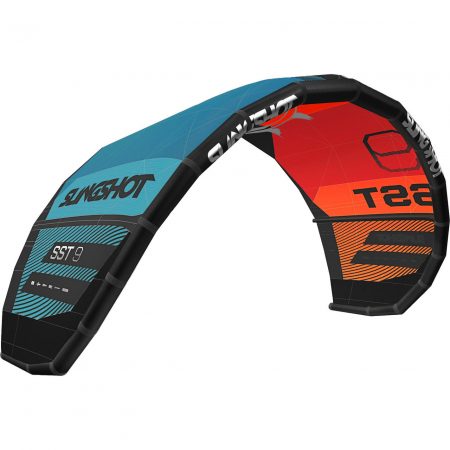 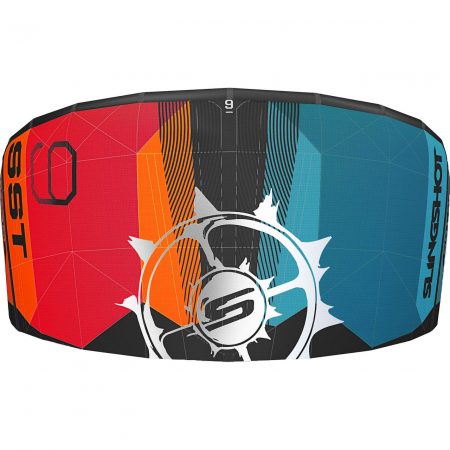 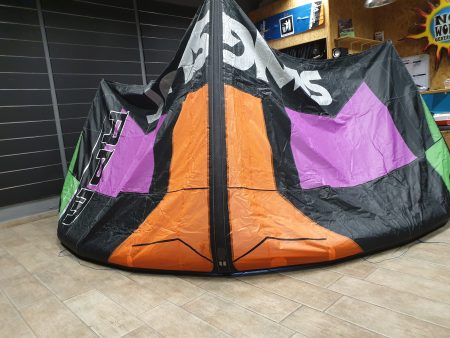 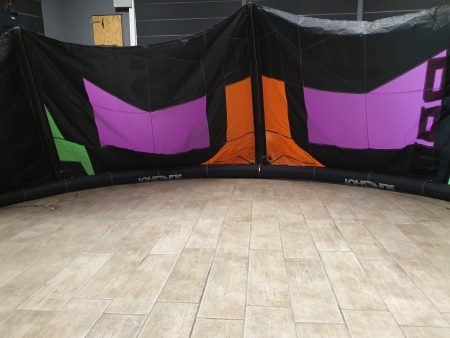 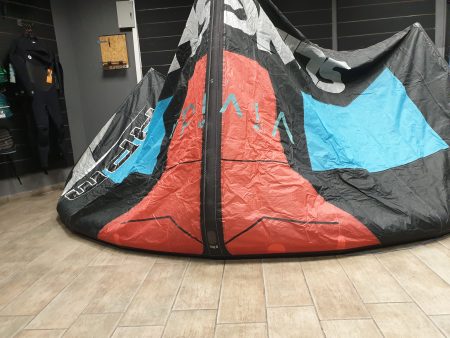 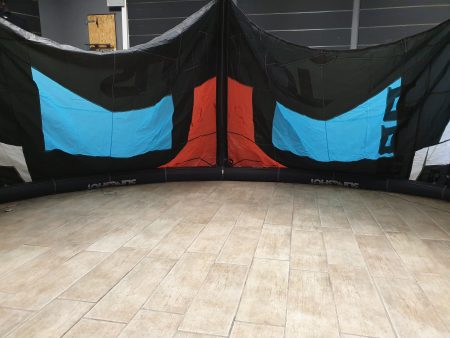 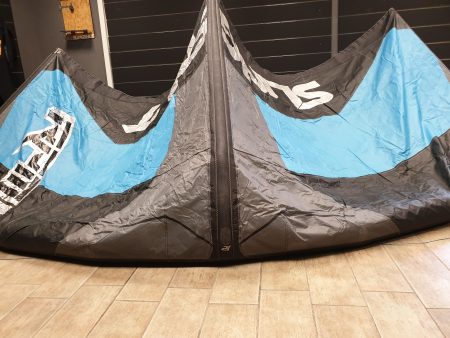 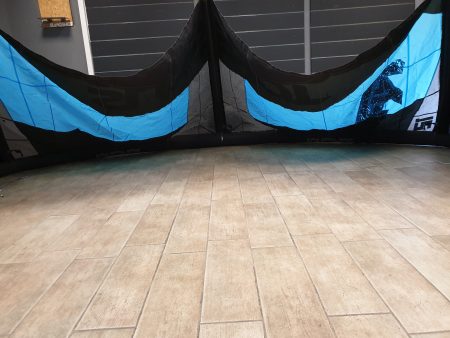 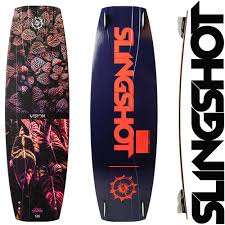 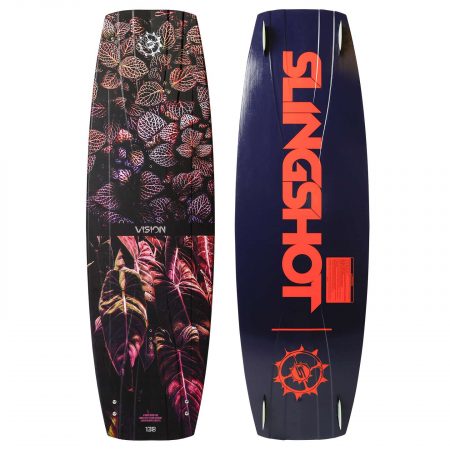 The all-terrain vehicle of kiteboards. The 2019 Vision is a medium-rocker crossover designed for intermediate to advanced riders who want one board they can use confidently in any condition.
Package Includes:2019 Vision Board, 4 x 2.0″ Symmetrical G10 Fins, Grab Handle 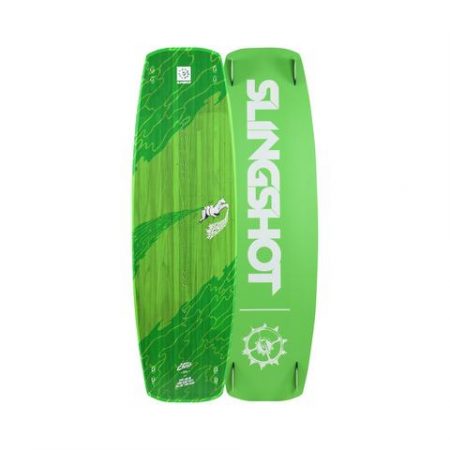 The 2018 Slingshot Crisis is a predictable and approachable board that inspires confidence for riders who need it most. As you progress, a vertically laminated wood core gives the board a lively, springy feel that makes it fun for riders of all abilities. When you don’t need the technical features of our more advanced boards, the Slingshot 2018 Crisis will keep you satisfied for seasons to come. 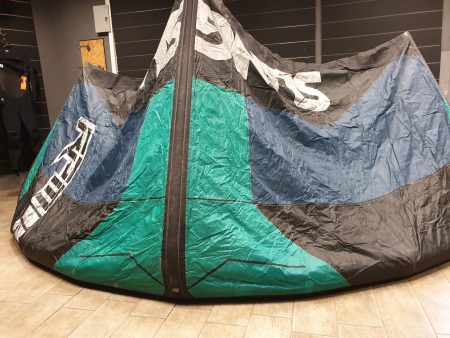 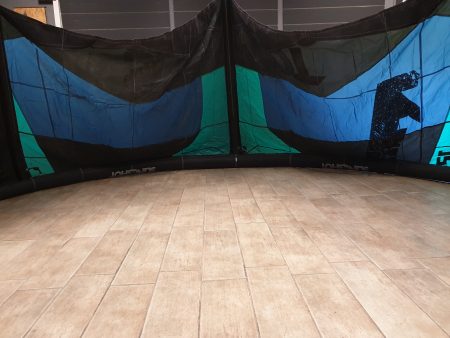 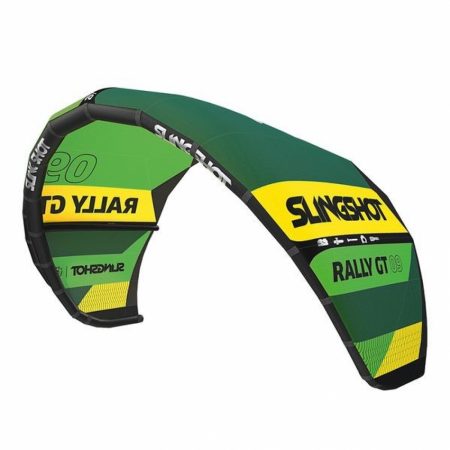 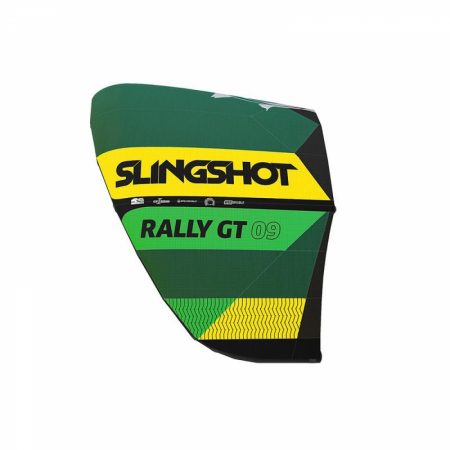 The NEW RALLY GT is the evolution of our most popular and versatile freeride crossover kite. With a distinctly different outline than prior years, the RALLY GT has been redesigned to better fill the position in our lineup as the true all-riders, all-conditions, one-kite-wonder.
Package Includes:Rally GT kite, Kite Backpack, quick start guide, bladder patch kit, additional IRS bungee

Great to have you back !

Great to see you here !

Sorry. No results match your search.